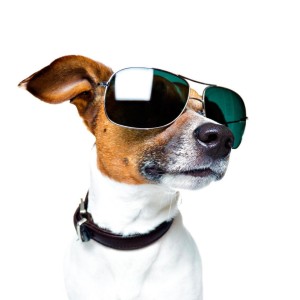 Picture the scene: you’re around a friend’s house for dinner on a Friday night. It’s been a lovely evening, but now there’s the moment of truth—your friend’s awful cooking. Rather than stomach another gastronomic monstrosity, you quickly let their dog devour your overcooked cabbage and mushy carrots when they slip out of the room.

Whether we were kids who hated our parent’s cooking or dinner party guests trying to be polite, we’ve all palmed off bad food on dogs. There’s even a British phrase for it – a dog’s dinner – meaning a chaotic mess.

But while your dog will happily chow down on any grub placed beneath its nose, that doesn’t mean all people food is good food. After all, you can’t eat what all animals eat – even if you do like your steak still kicking.

But what are they? And what happens if, unfortunately, your dog takes a bite?

You can’t watch your dog 24/7. Even the best owners in the world lose sight of their pup once in a while. And who knows everything that goes through their mouths.

That means it’s critical to know the immediate signs of dog poisoning. If you see any of the symptoms listed below, take your dog to the vet immediately:

If you are unable to contact your vet, don’t hesitate to get in touch with the following:

Here’s an incomplete list of the most common foods dogs shouldn’t eat. Some may seem like common sense. But, as the genius Voltaire once said, “common sense is not so common.”

Seems obvious? It is! That doesn’t stop people thinking it’s amusing to slip a little rum into a pup’s water bowl. Except, it’s neither funny nor safe.

Dogs are more susceptible to alcohol than people. Though they’re unlikely to succumb to alcohol poisoning, you may notice weakness, vomiting, low blood pressure, coma, and, most severely, death.

While apples are fine, keep their seeds and core away from dogs. Surprisingly, apple seeds contain small amounts of cyanide. A few seeds won’t do any harm to people. Symptoms of vomiting, irregular or fast heart rates, seizure, coma, and death can occur in dogs, however.

Nor is this exclusive to apples. Almost all seeds and pits contain cyanide, including apricots, cherries, and plums.

Aside from the risk of choking on the gigantic stone, avocados are too fatty for dogs. This leads to digestive issues, including nausea, vomiting, diarrhea, and if prolonged, pancreatitis and myocardial damage. That’s pretty damn serious!

One of the absolute no-no foods for dogs. We don’t know for sure what the cause is; we do know they’re extremely harmful. In fact, if you spot your dog eating a single grape or raisin, speak to your vet immediately.

Why? Well, grapes and raisins can cause vomiting, weakness, hyperthermia, and, at worst, kidney failure.

This one’s common knowledge now. Chocolate and dogs do not mix. Not unless you fancy a night with the mop.

Chocolate contains both caffeine and theobromine, which are difficult for dogs to digest. Together, they cause vomiting, diarrhea, increased urination, fast heart rate, restlessness, and rarely death. Be most careful of darker chocolates, richer in cocoa, as these contain the highest levels of theobromine.

Onions. Leeks. Garlic. Chives. That’s the onion family, AKA the Allium family. For dogs, garlic is the most potent of the bunch. Even small amounts of garlic cause significant digestion issues, like vomiting and diarrhea.

In large volumes, expect lethargy, incoordination, weakness, pale gums, discolored urine, vomiting, diarrhea, and even death. Considering how many dishes contain some form of onion, this is one of the more annoying foods dogs shouldn’t eat.

Not strictly poisonous, heavily fatty foods are definitely on the list of foods dogs shouldn’t eat. Like avocados, high quantities of fat in a dog’s diet predispose to stomach upset or even pancreatitis. That’s because the pancreas is responsible for breaking down that fat. Too much, and it becomes overloaded, leading to inflammation.

So, go easy on fatty meats.

This one just seems cruel. Like alcohol, you’d think it was obvious.

While oranges and lemons aren’t the obvious doggy treat, people still feed them. But all citrus fruits – lemons, grapefruits, oranges, limes – can cause vomiting and diarrhea due to toxic chemicals in their skin and seeds.

Throw a dog a bone. It’s such a classic image; it even became a saying. Yet, before you start giving dogs bones, consider the potential consequences.

Under their powerful jaws, cooked bones can shatter, becoming lodged in throats. At worst, they may even puncture the dog’s gut or cause a digestive blockage. At best, the constant gnawing may fracture your dog’s teeth – a common cause of vet trips.

Nor are raw bones better. Full of harmful bacteria – like E. coli and salmonella – they’re an accident waiting to happen.

Of all the foods dogs should avoid, macadamia nuts are near the top of the list. The effects: nerve and muscle dysfunction causing vomiting, abdominal pain, weakness and incoordination, and a raised heart rate.

In general, you shouldn’t feed any nuts to dogs. Just be especially wary of macadamias.

That’s it. The most common people foods dogs shouldn’t eat. But what should they eat? Well, not all snacks and treats need to be leftovers from the dinner table. Here at Woof Crate, we believe in firmly treating our dogs with healthy and natural dog snacks. Try our monthly subscription box to see for yourself. 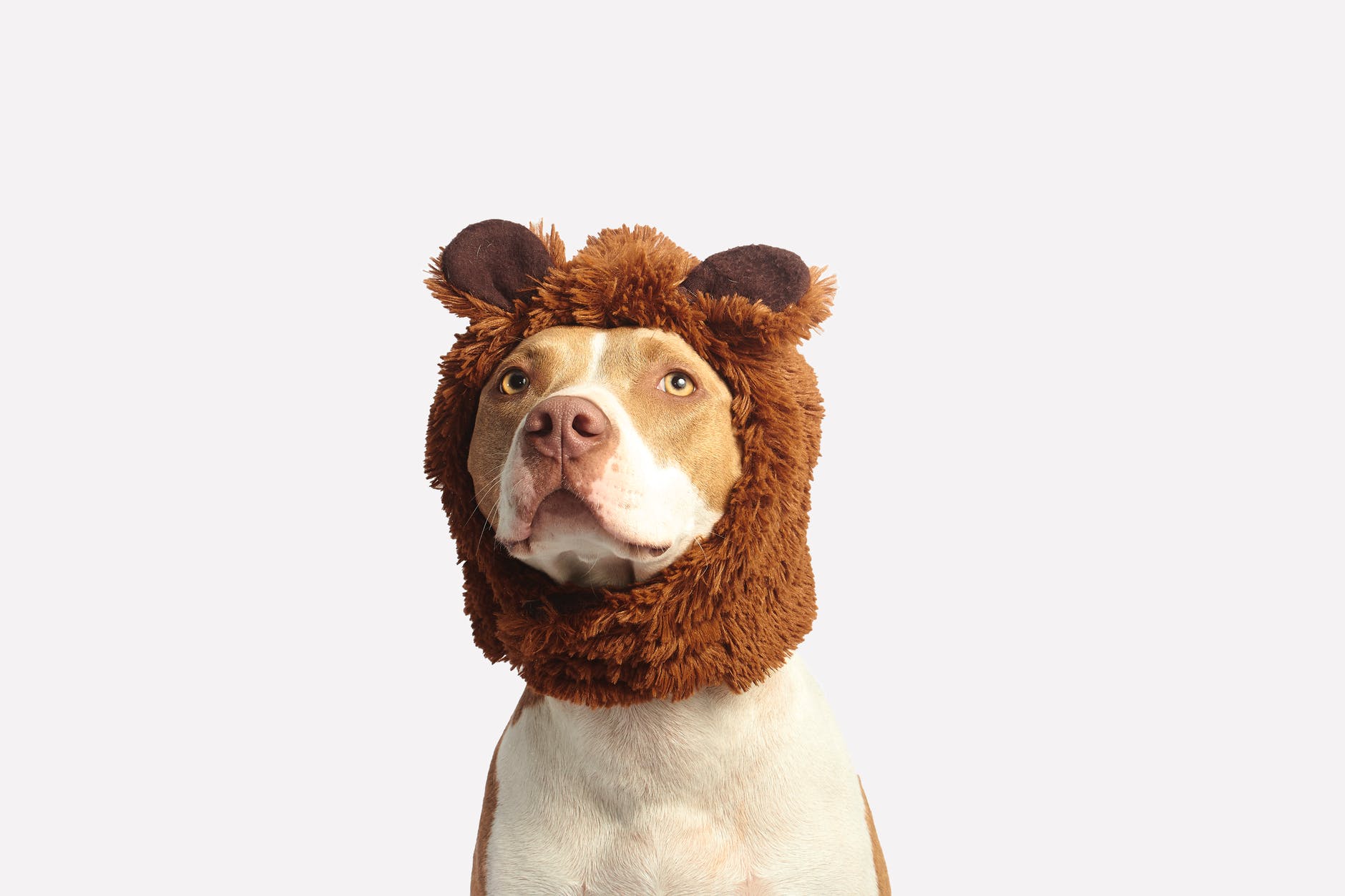 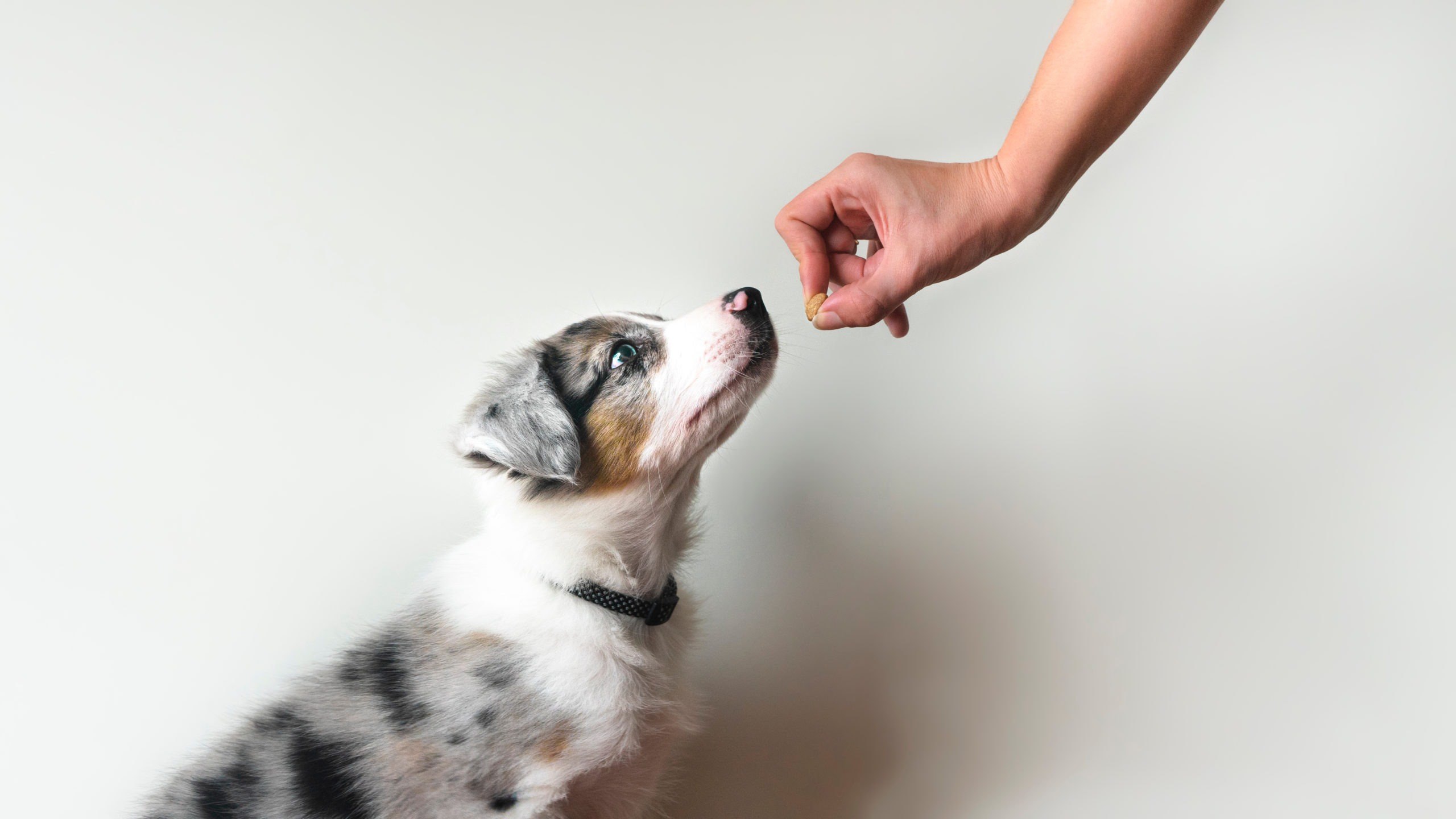 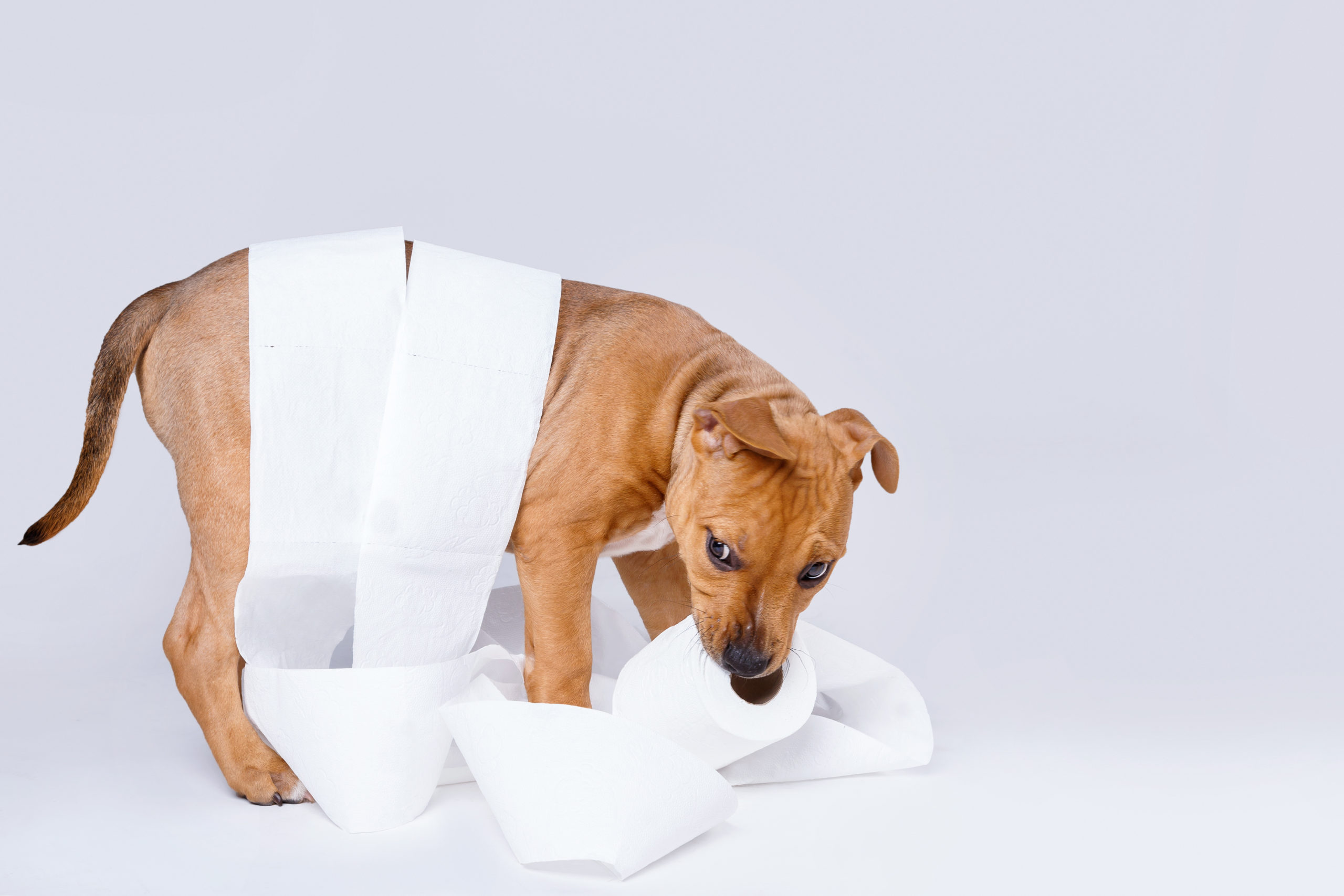 Why Do Dogs Eat Poop and How to Stop Them?

You can’t believe what you’ve just seen. Out in the garden, you’ve just caught your dog eating poop. It’s not the only disgusting habit people

The Best Dog Breeds Around Babies

There are various dog breeds that can be great companions to babies. Dogs, in general, are quite smart animals to the point that they’re even 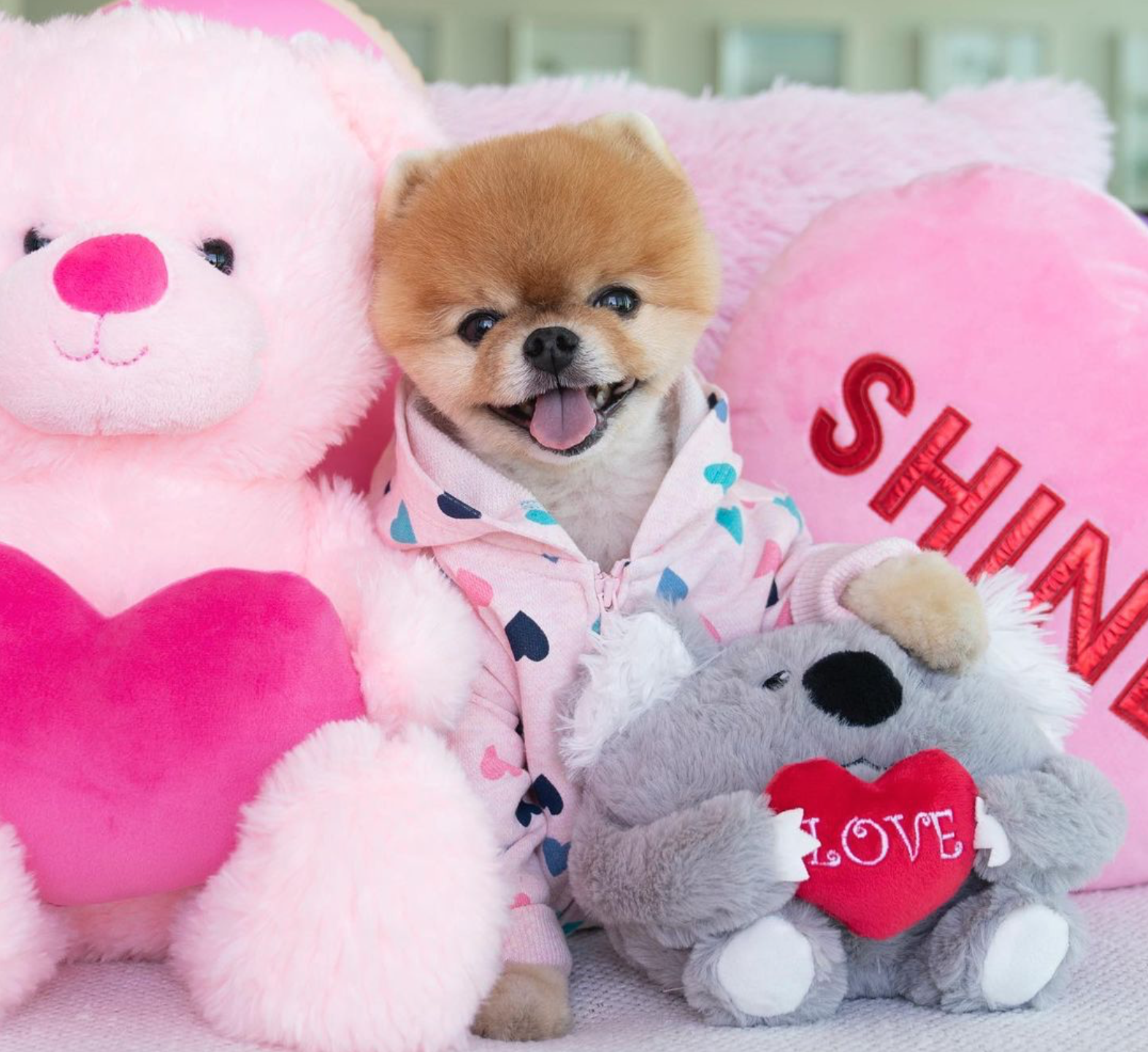 It certainly is a dog’s life. In the words of Baha Men, “Who let the dogs out?” The Dog Influencers are taking over.  That’s right.